JAKARTA - There are a number of taboos for the Chinese community when celebrating Chinese New Year. One of them cannot wear monochrome or black and white clothes. The recommended color of clothes and decorations when welcoming Chinese New Year is red or yellow. Why is that?

In general, more or less we already know that the colors black and white are symbolized as expressions of grief. Even though during Chinese New Year, all people who celebrate should be happy. For this reason, they must avoid black and white clothes.

Meanwhile, red clothes and decorations will be suggested when welcoming the Chinese New Year. Therefore, red is interpreted as bringing good luck. So where did the meaning of color in Chinese culture come from?

As explained on the Virginia Commonwealth University website, in the Chinese tradition the Yin and Yang philosophy is known as a form of the fundamental balance of the universe. Yin can be viewed as female, dark, cold, passive and death. Whereas Yang is seen as male, bright, warm, active, and alive.

Chinese society strongly believes that the universe needs a balance of yin and yang. There needs to be an effort to reconcile the two. Furthermore, the Chinese believe that everything under the heavens can be classified under five elements, namely gold, wood, water, fire, and earth.

Based on the Yin and Yang philosophy, balancing the five elements is at the heart of Chinese thought. The Five Elements can interact productively or counterproductively.

The color red in Chinese philosophy represents luck which is associated with warmth, life. Apart from being a fire element, red also indicates luck and happiness.

For this reason, the color red becomes sacred and vital at major Chinese celebration events, including the Chinese New Year. In China, the color red serves not only to express joy, but also to ward off evil influences.

Then the white color, which is prohibited during Chinese New Year, is associated with the golden element and is synonymous with grieving. White is considered the opposite of red and is used to express sadness. For the Chinese, white is the color of funerals and death.

Meanwhile, black is related to the water element, symbolizing darkness. In China, black is considered the color of bruises, and is therefore a sign of evil and very unpopular.

Then for yellow, it is related to the earth element which symbolizes growth. This color is closely related to power because it is the exclusive color for imperial China. Circulating A Open Subpoena In The Name Of Aremania Sues: The Government Is Urged To Sorry For The Malang Village Tragedy It Has Been 3 Months For KCN Port Permits To Be Revoked, Penjaspel Coordinator: As A Result Of Thousands Of Unemployed Workers 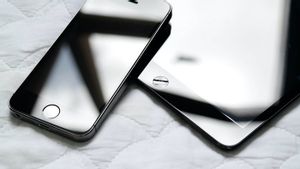 Justin Bieber Concert Status Dilema In Jakarta, Cancel Or Not? 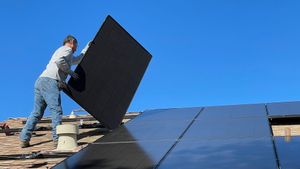