When released on October 5, the song Savage received the All Kill title for reaching number one on charts such as Melon, Genie, and Bugs. Now the song sits in the first position of other music charts.

Aespa became the first girl group in 2021 to achieve this feat. Their latest release is highly anticipated by the public after the success of the song Next Level.

Not only in South Korea, the mini album aespa is ranked first on iTunes in 17 countries as well as QQ Music China and AWA Japan.

So far, Savage's music video has seen 91 million views within 15 days of its release.

Aespa is the newest girl group released by SM Entertainment, consisting of Karina, Winter, Ningning, and Giselle. They debuted in November 2020 with Black Mamba.

The concept of a group with the presence of an avatar makes Aespa attract public attention. They are said to have their own universe worthy of the Marvel Cinematic Universe. BPBD Lembata Urges Fishermen Not To Go To Sea Around Mount Ile Werung, Which Had Erupted Launches Voice Over Feature, Tokopedia Makes It Easy For People With Disabilities To Use Applications 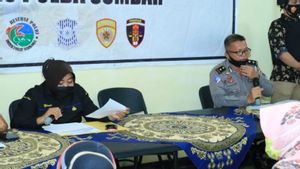