Whereas initially, they met because of the nicknames 'sad boy' and 'sad girl'. In the near future they were both left married. Then they were invited to a talk show.

This was revealed by Billar through one of the uploads on his Instagram account, Sunday, May 23. He uploaded a photo of himself that was similar to a pre-wedding with Lesti. On that occasion both were seen wearing Minangkabau traditional clothing. In the caption column, Billar uploaded sweet words about his love journey with Lesti. He did not expect that the joke that was uttered a few months ago actually brought them closer to this day. Rizky Billar and Lesti Kejora continued to live together and it turned out to be serious.

"Who would have thought that it started from a joke a few months ago (on slide 2) when he said "just be a wife" and anecdotes, in a few months, God willing, she will really be my wife... amen. Please pray for it," wrote Rizky Billar.

Tukul Arwana is one witness to the love journey of Lesti Kejora and Rizky Billar. "Since a month ago I was asked to witness their marriage," said Tukul Arowana. 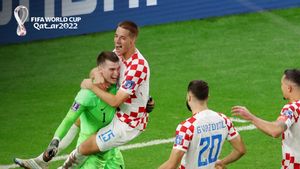 The Eruption Of Mount Semeru 190: Bumiputras To The Dutch Galang Fund For Disaster Victims