They share three different scenes. Holland shares a photo of Peter Parker, who played by himself, MJ (Zendaya), and Ned (Jacob Batalon) looking at the light.

It is known that the shooting process for Spider-Man 3 has been going on since a few months ago. Neither Marvel nor Sony Pictures provided a synopsis or detailed information about this film.

So far, only actor Benedict Cumberbatch has reportedly appeared in this film as Doctor Strange.

As for Spider-Man 3, it is scheduled to release on November 5. 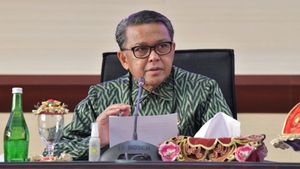