JAKARTA - Sheikh Ali Jaber has the real name Ali Saleh Mohammed Ali Jaber. Ali Jaber was born in Medina, February 3, 1976. Since childhood Ali Jaber has been devoted to reading the Koran. It was his father who initially motivated Ali Jaber to study the Qur'an.

Her family is known to be religious. In Medina he had a large mosque which was used for the spread of Islam. As the first of twelve children, Syekh Ali Jaber was required to continue his father's struggle in the spread of Islam and focus on Indonesia.

Although at first what she was going through was her father's wish, gradually she realized it was her own need and by the age of eleven, she had memorized 30 chapters of the Qur'an.

Syekh Ali Jaber had served as a judge at the Hafiz Indonesia event and became a preacher in various studies on several national television stations. Syekh Ali Jaber has also played a film with Islamic nuances, HEAVEN MENANTI, in 2016.

The perpetrator AA (24) apologized directly to Sheikh Ali Jaber when he met online at the trial. The apology was conveyed by AA before the trial which was held online at the Tanjung Karang District Court, Thursday, September 26, 2020.

Ali Jaber also took the time to ask about AA's state and health condition. "Are you okay there? Stay in shape," said Ali Jaber. This attitude of Sheikh Ali Jaber made netizens sympathetic to him.

"O Allah, even though I chose, I begged to die in Medina. If I am determined to die in Indonesia, I beg you to be buried in Lombok," said Sheikh Ali Jaber in his speech.

"Our teacher has passed away, SYEKH ALI JABER (Ali Saleh Mohammed Ali Jaber) at Yarsi Hospital. him. May all his pious deeds be accepted. Pray for Sheikh Ali yes, "wrote the account.

Before he died, Sheikh Ali Jaber had said that if he died later, he wanted to be buried in Lombok.

"Oh Allah, even though I chose, I begged to die in Medina. If I am determined to die in Indonesia, I beg you to be buried in Lombok," said Sheikh Ali Jaber in his speech, "he was quoted as saying on the YouTube channel Sasak Update TV entitled" SYEH ALIJABER KENA COVID || VIDIO BURN ME ON THE ISLAND OF LOMBOK ". 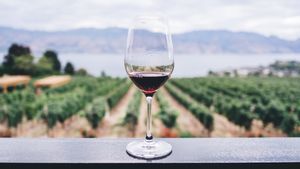 Smuggling Of Marijuana To Celebrate Wife's Birthday, US Citizen Arrested