JAKARTA - Jogja-NETPAC Asian Film Festival 17th (JAFF 17) was successfully held for eight days from November 26 to December 3. The biggest international film festival in Indonesia has successfully featured 146 films from 19 countries. For eight days, it was recorded that more than 16,000 spectators participated in celebrating the development of the Asia Pacific cinema. This number far exceeds the number of viewers in the history of the JAFF implementation. This is truly an unforgettable 17th anniversary celebration. This year's JAFF enthusiasm is felt by all. During his 17th year of being involved in organizing JAFF, this year was the most lively. All have a happy manifestation. This is a great energy for our film, said Ifa Isfansyah, Executive Producer of JAFF in a written release, Sunday, December 4. Special Programs that attended from the first day to the last day also showed an impressive number of participants. More than 470 participants attended ten Special JAFF 17 Programs, both public lectures (public lectures), book talk (discussed buyers), masterclasses and workshops. This shows the great interest of the participants who want to expand the discourse and obtain intellectual enrichment and cultural arts. The Community Forum, which was previously suspended due to the pandemic, was also successfully brought back this year. The JAFF Community Forum is a space that facilitates the growth and development of the film community in Indonesia as a supporter of Indonesian film teachers. This program is supported by 56 film communities from various cities in Indonesia and attended by more than 470 participants with a series of activities consisting of ‘Recentation of Communities ’ and ‘Layar Communities ’. Not only that, the other JAFF 17 achievements that should be proud of are the holding of whispering cinemas which were attended by blind spectators. In this event, a screen was held with Bene Dion Rajaguguguk's Ngeri Sedap film. “Of course we hope cinemas can continue to attend every JAFF event. In the coming years, we also hope that there will be programs that can accommodate film lovers who have special limitations and needs, said Ajish Dibyo, Executive Director of Ngeri-Ngeri Sedap. JAFF 17 shows that film festival events are not only about audiences, screens, and projectors. For eight days it was held, JAFF 17 has become a place to meet industry players, spectators, and activists of the Asia Pacific film in screening and discussion spaces. 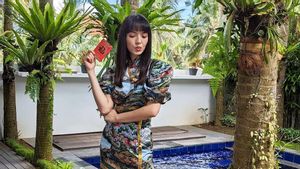 According To Anggung, This Is The Secret Of Raline Shah's Care Concerts In Indonesia, Sehun And Chanyeol EXO Get A Lato-lato Fever Ahead Of The Opening Of The 2023 World Water Forum Meeting, Indonesia Continues To Make Preparations The Ministry Of Health STOPs The Circulation Of The Sirop Praxion Drug, Which Was Consumpted By Victims Of Account Failure In Jakarta