JAKARTA - Producers to cast from the premiere series of super hero Jagat Sinema Bumangit Tira shared an interesting story from the making of the series. Chelsea Islan, who is the main character of the Tira series, said that he had to undergo intensive training to harmonize his health with the scenes of tensionful actions he did as a character of Suci.

"So we all practice for two months. It's all trained, there's the choreography, then there's a stunt coordinator. Then we also use sling and harmness because there are scenes that are slammed and hung. So we have gone through a lot of technical preparations," Chelsea said about his preparations to explore the character of the superhero Tira through the Indonesia Comic Con 2022 event, Saturday.

The actress, who plays a role in many film genres, admitted that she did not find it difficult and was able to undergo the physical training smoothly. According to him, the Tira production team is quite supportive by prioritizing security as the basis for shooting.

Even so, he admitted that one of the biggest challenges he faced was to keep his health in shape.

"The difficulty of being Holy is one of the things that must be patient. Because there are many scenes that require us to maintain our stamina, eat and be healthy, sleep is lacking. From the morning we meet again, stay up a lot but still have to be excellent," said Chelsea.

Another story came from Jeremy Juanito who played the character Haikal, he told a story for the Tira series that he had to increase his weight in order to have a body figure according to the character he played.

Luckily, the youngest child of legendary musician Christine Panjaitan already has the habit of processing her body and the basics of self-defense so that it is quite easy for her to take part in intensive training while involved in making the "Tira" series.

"Haikal's character, if it's next to Tira next door, his body must be more large. His physique must look dominant, so apart from physical training, he still has to gain weight, and continue to undergo the gym to train his muscles," said Jeremy.

In a technical way, Zahir Omar as the Director revealed that the preparation process to shooting for "Tira" took a long time, which was almost a year.

Many locations must be prepared and also prepare the portion of the scenes so that they can bring many nuances such as thrillers to the action still feels right. 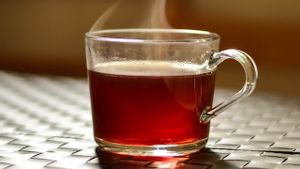 Receiving The Autopsi Results, The Indonesian Air Force Said That Prada Indra Was Hit By A Pilling Object Until It Damaged The Limpa Organ Piers Morgan Express Ronaldo's Message After Revocation Of MU: Free But Still Wants To Play In The Champions League 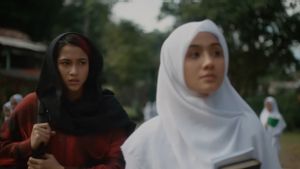