Hit By Acting Issues, Arawinda Kirana Is A Newcomer Actor Who Is Full Of Achievements

JAKARTA - The name Arawinda Kirana suddenly became a byword for netizens because it was rumored to be an actor or a male usurper. The issue began on June 28, an Instagram account called @ Wanita.cl posted a post about an affair between a man and a woman at work.

This story is shared from a third party so this person is just retelling it. In the story, he mentions his mistress is an artist who is a newcomer. Tuesday, July 5, his wife shared a scene in Yuni's film, starring Arawinda Kirana. At that time, Yuni's character spoke, "Who do you want to marry anyway?"

The wife took a picture of the scene and added the word "Gws" which means Get Well Soon. The post was considered by netizens as a satire as well as confirmation that Arawinda was an affair with her husband.

Until this news was revealed, Awarinda had not yet provided an answer when VOI tried to confirm. Many regret that the news is true. The reason is, Arawinda is a newcomer actor who is full of achievements.

On Wednesday, November 10, 2021, yesterday the winner of FFI 2021 was announced. The name Sri Arawinda Kirana was named as the winner of 5 people in the Best Female Leading Actor nomination. This 20-year-old woman plays the character Yuni in the film directed by Kamila Andini, Yuni.

Arawinda Kirana also received the Silver Yusr Award in the best actress category at the Red Sea International Film Festival (RSIFF) 2021 for her role in the film "Yuni". He received an invitation to attend the festival which was held in Jeddah, Saudi Arabia, in person, on Tuesday, December 14, 2021. Rising From The Vacuum Period, Soft And Soft Prepare A New Single 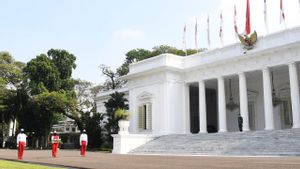