Like a time machine, songs like Green Song, Son, Rock N' Roll Fantasy, The Great, Dunia, Jeni, Sick, Fight, Morning Star, Flowers, I Want, Love Is, Sweet Bitter, and "Give the World a Smile" able to bring the memories of the audience to the fame of this band from Bandung in the 90s and 2000s.

With such a catalog, plus the stage setting and lightning typical of Hard Rock Cafe Jakarta, the people of /rif - as fanatical fans of /rif - are truly treated to interesting musical performances.

Moreover, the concert titled /rifVersary featured a number of bands and supporting musicians who performed as the opening act or collaborated with Andy et al.

Hitting the stage as the closing ceremony, Andy (vocals), Jikun (guitar), Maggi (drums), Ovy (guitar) and Teddy (bass) played no less than 18 songs. They pamper the audience with hit songs that are already familiar to the ears.

Three ending songs; In the wrong department, Lo Toe Ye and Radja seemed not enough to satisfy the audience who wanted to party until the early hours of the morning. Happy birthday /rif! Airing Today, Here's A Synopsis Of The Movie You And Dia 2, Starring Anneth Delliecia You And Him 2 Reveal The Continuation Of Zara, Anneth And Ari Irham's Friendship Jayawijaya To Be The Capital Of Mountainous Papua Province, DPRD Asks Residents To Accept DOB 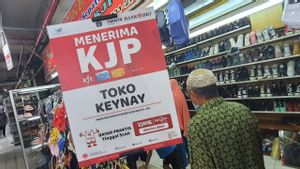