JAKARTA - The annual Java Jazz 2022 music festival will present something different this year. They announced a number of special collaborations that can only be found through this festival.

Nearly 100 musicians have been confirmed for Java Jazz 2022, making this concert the biggest festival in Indonesia. Dewi Gontha as the President Director of Java Festival Production claimed that they brought more than 20 foreign musicians.

“We have succeeded in preparing for two months to bring in 25 foreign musicians/groups. In the special show there are Jojo, PJ Morton, and Temptations. We think the musicians are suitable for all ages," said Dewi Gontha at a press conference on Wednesday, May 25.

A series of collaborations will appear at the Java Jazz 2022 event which is absent two years after the pandemic. Some of them are Sri Hanuraga with UPH.com, Erwin Gutawa with Lea Simajuntak, Ruth Sahanaya and Andmesh Kamaleng.

After that, there was the Candra Darusman Time Machine project with Dira - Sandhy Sondoro - Rifan Kalbuadi - Natasha Elvira, there was also Ahmad Dhani with Ron King Big Band who performed his song.

Then there was the MLD Project with Nonaria - Dua Empat - Ify Alyssa - Vira Talisa, then Fariz RM with Oslo Ibrahim - Fay Risakotta, and Adikara Fardy who also had a duet with Ron King Big Band.

“The short preparation was certainly quite hectic and we are happy to be able to gather this many artists. This collaboration is also our initiative," explained Elfa Zulham as Program Director for Java Jazz 2022.

"We always collaborate but the form is not only Ahmad Dhani - Ron King but sometimes we also try different things, for example the arrangement of Indonesian musicians who sing by international artists," said Nikita Dompas.

Reportedly, one of the stars of the special show also collaborated with Indonesian musicians to perform at Java Jazz 2022.

The Java Jazz Festival 2022 concert will be held on Friday, May 27 to Sunday, May 29 at JI EXPO Kemayoran. Tickets can be purchased online via the official website. 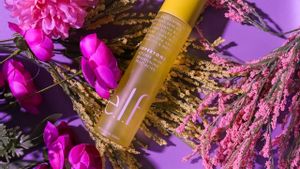 Know 4 Types Of Toners And Their Functions For Skin V BTS And Wooga Squad Holiday In IN THE SOOP: Friendship Nathalie Holscher Sues Celebrity, These 5 Facts Have Been Disclosured Since The Delina Women's Conflict