40 Days Of Maura Magnalia, Nurul Arifin Uploaded From The Eldest Daughter Who Made Him Regret Lacking Attention

JAKARTA - Friday, March 4, coincided with the 40th day of the death of the eldest daughter of Nurul Arifin and Mayong Suryolaksno, Maura Magnalia. Maura died on January 25 last.

Through Instagram, Nurul reminisced about her baby. Apparently Maura is often on the cover of Buah Hati magazine with her mother and father.

Having a different nature, Nurul remembers Maura as a beautiful and intelligent person. The child also has a strong desire to make things happen.

"Maybe it's because he's intelligent, he's eccentric, he has tattoos all over his body, he also wears piercings. If I forbid him, he says 'Don't ban me, because that's part of my satisfaction'. Being the son of a politician isn't easy. eventually ran into his own body," said Nurul at Naura's funeral.

“It was very busy at that time, so what Melkior said last night hit me once, it turns out that you can have anything, but if you don't have time, everything is nothing,” said Nurul Arifin on Wednesday, January 26.

He admits that he has been so busy with political activities that he doesn't have time to spend with his family.

“I need to spend more quality time with my family. That's all. So a lesson. It's never too late, I want to start again if it's deemed insufficient," said Nurul. 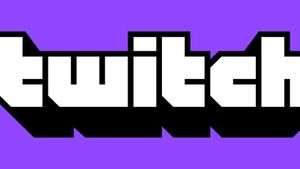