JAKARTA - Actor Adipati Dolken is ready to come to the big screen with his latest film, Akhirat: A Love Story (Afterlife: A Love Story). Here, he returns to co-star with actress Della Dartyan for the second time.

"We read for a month and then there is PSBB, we will read again from the beginning, start filming in September, and a year later, it will be broadcasted on December 2," said Adipati in Kebayoran Lama, South Jakarta.

This romantic fantasy genre film tells the story of Timur (Adipati) and Mentari (Della Dartyan) who have an accident and separate their destiny. Afterlife: A Love Story is a challenge for Adipati.

“This is the first fantasy romance film in Indonesia. We're safe to say that because it's true. About two couples who have related conflicts in general,” explained Adipati.

Reportedly, Adipati and Della will have intimate scenes including kissing in this film. So how did his wife, Canti Tachril respond to this?

"Nope. He 100% supports me, whatever I do he supports. I am very grateful to have a wife like Canti,” said Adipati on the same occasion.

It is known that Adipati Dolken and Canti were married on December 19, 2020 in Bangka Belitung. Even though their relationship was short, they were both committed to taking it seriously. 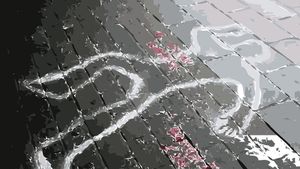