The festival known as Balinale will restart after a year-long lockdown, to celebrate the exhibition of selected films at the 2020 festival which was canceled due to the COVID-19 pandemic.

The 14th edition held on the paradise island of Bali Indonesia will continue to provide entertainment with quality and thought-provoking presentations. Screenings of award-winning short films, feature films, and documentaries from Indonesia and around the world will follow the digital and face-to-face screening model.

This method has been adopted by the Toronto International Film Festival and the Sundance Film Festival. At this film festival, there is a jury competition with awards presented in several artistic and technical categories.

“This year's festival is in keeping with our ethos that film - more than any other medium - reaches large local and international audiences, captivates imagination and public interest in exploring a destination, its culture, and its people. By offering free face-to-face programs, we are positioning the festival to help welcome people back to Bali and to the cinema," said founder and president, Deborah Gabinetti, quoted from an official statement, Sunday, November 7.

Balinale believes that nothing can match a shared theatrical experience to appreciate the thousands of hours of work in filmmaking. Limited free film screenings will be screened at Park 23 Cinema XXI South Kuta, Badung, Bali.

Cinema XXI (PT Nusantara Sejahtera Raya) is the largest cinema network serving 46 cities in Indonesia. Registration is required to enter the free face-to-face screening, opening November 5th in Townscript. Meanwhile, the online program in the festival will be displayed on Book My Show.

He said Balinale will continue to play an important role in Indonesia's film development with a meeting of Indonesia's leading industry professionals in Bali on November 12 for the annual BalinaleX Film Forum, a one-day event that focuses on the commercial aspects of the film and television industry.

Earlier this year, Balinale announced the formation of a new industry affiliate with an organization committed to connecting the world through film. The American-Indonesian Cultural & Education Foundation awarded the AICEF Prize for Cross-Cultural Filmmaking to a pair of first- and second-time filmmakers whose work strongly embraces cross-cultural themes.

The award recipient from Indonesia was named Harvan Agustriansyah for his work entitled Empu--Sugar on the Weaver's Chair. Balinale is hosting the Asian Film Awards Academy (AFAA) in Jakarta 5-7 November presenting some of the most remarkable and award-winning Hong Kong films. AFA Academy was formed in 2013 by the Busan, Hong Kong, and Tokyo Film Festivals to highlight the film industry and Asian culture. 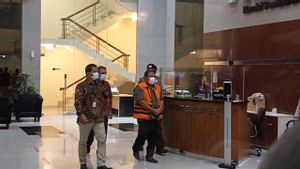 Handcuffed And Wearing An Orange Vest With The KPK, The Regent Of Langkat Publishes A Plan To Warn The Winds To Become A Corruption Suspect Prevent Oil And Gas Giants Such As Shell, Chevron, Etc. From Fleeing From Indonesia, The Ministry Of Energy And Mineral Resources Will Do This Do You Still Remember The Case Of Novia Widyasari Who Committed Suicide At Her Father's Grave? Advocacy Team Discloses Findings Including WA Evidence To Kompolnas Foreign Minister Retno: Without COVAX, More And More Countries Will Not Be Able To Achieve The WHO Vaccination Target DHF Cases In Mataram Increase, 55 Positive People, One Of Them Dies Chaotic! Delayed Construction, Hundreds Of Buyers Of 45 Antasari Apartments Demand A Total Of Rp164 Billion To Be Returned Banten Is Called Earthquake Prone, This Is Said By An Expert From Unpad