JAKARTA - The Salim Group, which is controlled by conglomerate Anthony Salim, is reportedly seeking funding of US$500 million or equivalent to IDR 7.15 trillion (assuming an exchange rate of IDR 14,300 per US dollar) to fund the construction of a data center.

In Bloomberg News, quoted on Saturday, September 18, the conglomerate that controls the Indofood Group is in talks with banks to obtain loans. This was disclosed by a source interviewed by Bloomberg but declined to be named.

It is planned that the funds will be invested in the amount of US$100 million or equivalent to IDR 1.43 trillion per industrial area, according to other sources. Discussions are currently ongoing but do not guarantee that there will be an agreement on this.

One of the most likely is an investment in the H2 data center which is currently being built by PT DCI Indonesia Tbk (DCII) located in an industrial area belonging to the Salim group. The tycoon, Anthony Salim has an 11.12 percent stake in the technology company founded by entrepreneur Otto Toto Sugiri.

The Salim Group is known as the controlling shareholder of PT Indofood Sukses Makmur, one of the largest instant noodle makers in the world, Indomie. Anthony Salim is also the controller of Hong Kong-listed First Pacific Co, which is a major shareholder in PLDT Inc, a telecommunications company and digital service provider in the Philippines. 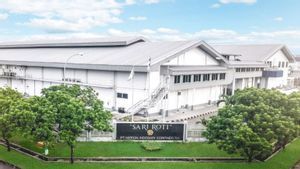