JAKARTA - PT Japfa Comfeed Indonesia Tbk (JPFA) recorded a surge in performance in the middle of this year. The profit and income of this food processing company shot high in the first semester of 2021.

In Japfa's financial report published on the Indonesia Stock Exchange (IDX) website, quoted Monday, August 2, the company owned by the conglomerate Handojo Santosa earned a net profit of IDR 1.64 trillion in the first semester of 2021. This number increased by 426.29 percent compared to the same period last year. then only IDR 313.12 billion.

This So Nice sausage producer recorded net sales of IDR 22.10 trillion, an increase of 22.31 percent compared to the same period the previous year of IDR 18.07 trillion.

The details of the company's sales consist of commercial livestock, animal feed, processing of livestock products and consumer products, aquaculture, poultry breeding, and trading, and others. 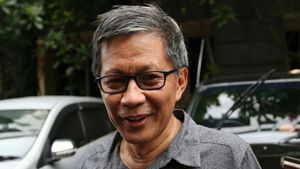 Once Read Understand The Air Pollution Lawsuit For Jokowi, Anies, And Friends After Being Released After Being Sentenced To 11 Years In Prison, Russian Caucasians Are Deported From Bali