East Java Governor Khofifah Indar Parawansa stated that the initiative, collaboration and innovation (IKI) step is the answer to face global dynamics, including a number of challenges in the future.

Khofifah said that a number of future challenges that IKI's steps could answer include the threat of a food, economic and energy crisis.

"Facing future challenges including the threat of a food, economic and energy crisis, IKI is the answer. We have put together the steps in the East Java Provincial Government to dare to take the initiative and all OPD heads must think openly," said Khofifah in a written statement quoted by Antara, Sunday, December 4.

This was revealed by Khofifah in the National Gathering (Silatnas) and the National Seminar (Semnas) of the Interior Government High School (STPDN) 01.

He explained the key to dealing with global dynamics from era 4.0 to later 6.0, one of which is by collaborating. Meanwhile, innovation is a step that must be done at this time.

The character of IKI, he continued, already exists with figures who score changes or game changers both world-class and national scale. One of the game changers in Indonesia includes Ir. Soekarno, dr. Soetomo, KH Abdul Wahab Hasbullah and KH Hasyim Asyari.

"The three IKI characters are the main characters of the driving figure of the changing times, which is like a game changer," he said.

These game changers, he continued, use all strengths, the power of effort to create ideas that can give new meaning and change lives, the environment, and the world.

On that occasion, Khofifah also explained a number of achievements of East Java's success, which have strong cooperation and collaboration.

This success is reflected in the many achievements of education, health, ASN, income per capita, SPM to accurate strategies in the food sector.

"In the third quarter of 2022, East Java's economic growth outside of oil and gas was recorded as the highest in Java with a growth of 6.13 percent," he added.

He hopes that the meeting can be an opportunity to find and identify all the potential that exists at every level in the region.

"We hope that later the STPDN pre-graduate students will make a more significant contribution by building a strong and solid network," he said. 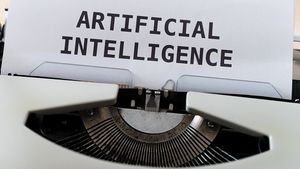