JAKARTA - The property company from China, Evergrande is still struggling to pay off all their debts. After several times delaying the payment of maturing debts, now there are a number of ways to make this giant property owned by the Hui Ka Yan conglomerate able to pay off its debts.

Quoted from Bloomberg, Sunday, November 28, Hui Ka Yan has released part of his ownership for 2.68 billion Hong Kong dollars or the equivalent of 344 million US dollars (IDR 4.88 trillion). This move is a sign that Hui is continuing to dig into his own pocket to save the debt-ridden property giant.

According to a statement to the Hong Kong Stock Exchange, Hui sold 1.2 billion shares at an average price per share of 2.23 US dollars each on Thursday 25 November. This sale reduces Hui's ownership with his wife to 67.87 percent each from 76.96 percent.

Chinese regulators urged Hui to use personal wealth to shore up Evergrande's finances. Hui alone has injected more than $1 billion into Evergrande since July.

Not only that, but Chinese regulators also took over the China Evergrande Group football stadium. A Reuters source said the plan was to sell these assets to meet Evergrande's obligations.

For information, Evergrande is still struggling to meet debt payments of more than 300 billion US dollars. The source also said that Evergrande is considering selling the Guangzhou Football club which plays in the League and is still making losses.

Construction of the $1.86 billion Guangzhou Evergrande Football Stadium began in April last year and is targeted for completion by the end of 2022. It was then designated the world's largest football venue by capacity. 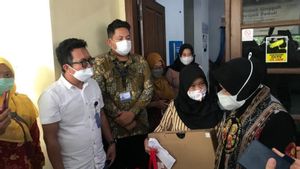