Based on the company's financial statements, the national airline's net loss reached 898.65 million dollars, equivalent to Rp. 12.82 trillion (assuming an exchange rate of Rp. 14,275 per dollar). The value of the loss swelled from the previous US$712.72 million or equivalent to Rp10.17 trillion in the first six months of last year.

"The COVID-19 pandemic, followed by travel restrictions, has caused a significant reduction in air travel, and has had an adverse impact on the Group's operations and liquidity," the company wrote in its financial report posted on the Indonesia Stock Exchange information disclosure, quoted Tuesday, August 31.

The swelling loss of Garuda Indonesia in the first semester of 2021 is in line with the total operating income of US$696.8 million, or a decrease of 24.04 percent from the same period last year of US$917.28 million.

Meanwhile, other businesses consisting of aircraft maintenance and repair, aviation-related services, facilities, catering services, and others experienced a decline. The total other revenue was 98.63 million US dollars, or dropped to 32.2 percent from 145.47 million US dollars. 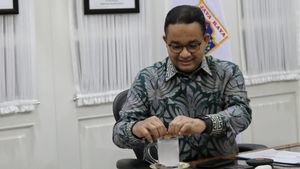 Ganjar Orders To All Regents And Mayors In Central Java: Prepare Refugees That Meet Prokes Standards President Issues PP, KPK Can Auction Confiscated Goods In Corruption Cases Since Investigation According To These Criteria