Airlangga Optimistic Economic Growth Can Be 7 Percent In The Second Quarter Of 2021, Is China Becoming The Benchmark?

JAKARTA - The COVID-19 pandemic has hit the world economy, including Indonesia. Several countries have shown their economic recovery, one of which is China.

Indonesia has also begun to show signs of economic recovery in the first quarter of 2021. Even though it is still contracting, the figure is much smaller than in the fourth quarter of 2020.

Coordinating Minister for the Economy Airlangga Hartarto said that the government had seen signs of economic recovery since the third quarter of 2020. The realization of growth in the first quarter of 2021, namely minus 0.74 percent (yoy), shows that the Indonesian economy is moving towards a positive trend.

"The economic recovery is visible and confirmation that we are on a positive trend and this is the curve is a V curve like in many other countries," he said in a virtual press conference, Wednesday, May 5.

Then, from the demand side, it is also heading for a better direction, such as household consumption which is minus 2.23 percent or an increase compared to the fourth quarter of 2020 and government consumption which reached 2.96 percent.

Therefore, Airlangga is optimistic that the economy as a whole will grow starting from the second quarter of 2021. According to him, the success of structural reforms will be a boosting factor for the economy in the medium term.

"It is estimated that (national economic growth) in the second quarter will be 6.9 to 7.8 percent," he explained. 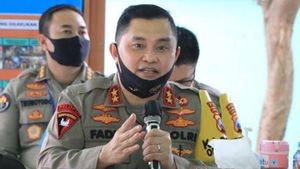 Despite A 2-1 Win Over North Macedonia, Shevchenko Admits Ukraine Is Nervous The Daily Case Of COVID Is Crazy, The Isolation Ward Of The Nyi Ageng Hospital, Serang, Yogyakarta Is Full Bad News From Purbalingga, As Many As 279 People Have Died Due To COVID-19