Through Gernas BBI and several other programs, the government is said to be helping creative creative actors to facilitate product marketing through a digital platform network approach

"We make sure to be present as a form of 3T, right on target, right on benefit, and on time. Currently the government is facing limitations in terms of funds or budget, but with 3T we can answer what the community needs," said Menparekraf Sandiaga Uno at the Kelana Nusantara event in Mataram, NTB, quoted by Antara, Sunday, June 26.

With good collaboration between stakeholders, Sandiaga is optimistic that the target of creating 1.1 million jobs in the tourism and creative economy (parekraf) sector by 2022 can be realized.

Now NTB, he continued, is becoming a worldwide concern considering that various international events such as the MotoGP at Mandalika and the Motor Cross Grand Prix (MXGP) are being held in the area. "The creative economy industry must be the host in their own country, being a player who takes part in the economic revival, not a spectator," said Sandiaga.

In the event, he assessed that the creative and creative sector with superior products in Mataram had good quality and competitiveness, including sandals and shoes with local wisdom as well as Mataram typical woven products that contain aspects of environmental sustainability because they use used yarn.

The traditional Mataram weaving product is also made by empowering the elderly as workers.

In addition, he said, there are also bakery products, pearls, processed coffee, to creative products in the film sub-sector which are considered to have the potential to be developed through the 3T Program.

"We discussed with creative economy actors and found several potentials and solutions in our economic revival which opened up so many business opportunities and job opportunities," said Minister of Tourism and Creative Economy Sandiaga Uno.

The presence of Kelana Nusantara in Mataram became a forum for the Menparekraf and local creative and creative actors to discuss the obstacles and challenges faced, then find solutions together. 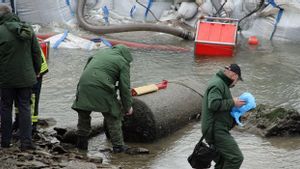