JAKARTA - KAI Commuter together with the Directorate General of Railways of the Ministry of Transportation and PT KAI Daop 1 will operate the Matraman Station, which is between the Manggarai Station and Jatinegara Station. Matraman Station is expected to be an alternative for users to get on and off other than at the two stations and users around the station area.

"In preparation for the operation of Matraman Station, the KAI Commuter and PT KAI Daop 1 Jakarta have conducted trials of KRL trips, signaling system trials, and trials of other rail travel operational infrastructure," said VP Corporate Secretary of KAI Commuter Anne Purba. in his statement quoted by Antara, Sunday, June 12.

He ensured that all user service facilities had also been equipped and ensured that they could function properly prior to the operation of this station.

For security and safety this station is also equipped with CCTV, fire extinguishers (APAR), fire alarm systems and lightning rods.

In addition, Matraman Station is also connected to Jalan Raya Matraman and integrated with the Trans Jakarta bus stop corridor 5.

"KAI Commuter apologizes for the shortcomings that still exist in service during this post-change operation pattern," he said.

He added, commitments for improvement will continue to be made to provide even better service to KRL users. 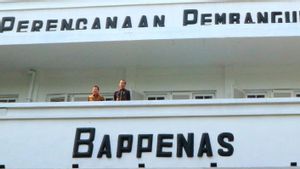 Asked By Children To Remarry, Desy Ratnasari: Hopefully Someone Will Be Interested Medan Floods Again, Members Of The DPRD F-PKS Criticize Bobby Nasution And His Subordinates Are Not Serious Even Though The Budget Is Big Police Have Not Received Notification Of The Action Of 4,000 Candles In Menteng, But Still Being Guarded As Long As It Doesn't Disturb