JAKARTA - The Ministry of Finance (Kemenkeu) said that the trade balance surplus of USD 200 million in the first quarter of 2022 is a clear indication of Indonesia's strong external resilience.

Head of the Fiscal Policy Agency (BKF) of the Ministry of Finance Febrio Kacaribu said this condition was a very good performance considering the many risks faced, such as the spike in world oil prices driven by escalation of geopolitical tensions which suppressed the oil and gas trade balance.

"It is clear that Indonesia's structural reform efforts have succeeded in creating a consistently high surplus in Indonesia's non-oil and gas trade balance and even continuing to increase, thereby successfully absorbing the risks stemming from rising oil prices," he said in an official statement quoted on Wednesday, May 25.

Febrio noted, a surplus of 200 million US dollars is equivalent to 0.1 percent of gross domestic product (GDP). This figure decreased slightly due to the increase in world oil prices which caused a deficit in the oil and gas sector.

Meanwhile, the non-oil and gas trade balance remained strong compared to the same period the previous year, although it declined slightly due to external factors, namely the slowdown in exports to Indonesia's main trading partners, such as China, the United States and Japan.

"The decline in the transaction balance surplus was also caused by financial services and travel services, in line with the economic recovery and increased travel (umrah worship) and national tours abroad which affected the service balance," he said.

Furthermore, Sri Mulyani's subordinate explained that this situation is expected to continue to be positive with various structural reform policies to encourage non-oil and gas export performance through strengthening infrastructure, human resources, downstreaming, industrial revitalization, and a green economy.

Febrio added, to improve the condition of the oil and gas deficit, the government also continues to build the capacity of the upstream oil and gas industry so that the current account position will strengthen.

Then in terms of the capital and financial account (TMF) balance, there was an increase in net direct investment inflows to the manufacturing sector, trade sector, and other sectors. This positive performance helped narrow the TMF deficit to US$1.7 billion or 0.5 percent of GDP.

“Uncertainty in global financial markets due to geopolitical tensions and inflation in the United States that triggered a tightening of monetary policy has resulted in an outflow of portfolio investment. Nevertheless, Indonesia's strong economic fundamentals, particularly related to the positive impact of global commodity prices on Indonesia and the prospect of national economic recovery, will be an important factor in strengthening investor confidence in the domestic financial market," concluded Febrio. Unique NFT It's Nothing Revealed, What's In It? 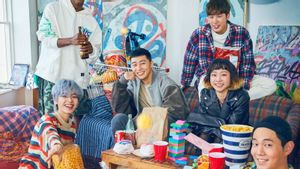