JAKARTA - The merger of the Eijkman Institute for Molecular Biology and other research institutions into the National Research and Innovation Agency (BRIN) has sparked a polemic. Not a few think that Indonesia's research ecosystem is slowing down scientists' work. Indonesia should learn from developed countries that have succeeded in creating a research ecosystem such as Japan and Australia.

One of the problems with the merger of Eijkman into BRIN was that the institution only wanted to accommodate researchers with civil servant status (PNS). Meanwhile, non-PNS employees are at risk of losing their jobs.

As quoted in the January 3 edition of Koran Tempo, non-PNS researchers are in danger of losing their jobs. There are many winding conditions that must be met if you want to transfer your career as a molecular biology researcher to BRIN. Of the approximately 120 researchers at Eijkman, around 80 percent of them are non-PNS employees.

BRIN was formed based on Law Number 11 of 2019 concerning the National System of Science and Technology. This agency acquired many other research institutions not only Eijkman.

The four major research institutions that will be merged into BRIN are the Indonesian Institute of Sciences (LIPI), the Agency for the Assessment and Application of Technology (BPPT), the Institute for Aeronautics and Space (LAPAN), and the National Nuclear Energy Agency (Batan).

This merger will make BRIN a fat institution. Around 15 thousand researchers from four research institutions and from 44 ministries will become one in BRIN. There will be seven research groups controlled by BRIN, from nuclear research, space flight, study and application of technology, life sciences, to social sciences and humanities.

BRIN promises a more integrated and effective research ecosystem. Head of BRIN Laksana Tri Handoko, as quoted by Tempo, said that the arrangement of researcher status was only a small part of the government's big plan to promote domestic research.

Non-PNS researchers were given a choice of schemes. If you are over 40 years old and have won a doctoral degree, you are asked to take part in the 2021 CPNS selection through the government employee route with a cooperation agreement. Meanwhile, young researchers are asked to continue their master's or doctoral studies in accordance with national research needs so that they can be appointed as civil servants once their studies are completed. For researchers who are not interested in the scheme, they can become lab operators in Cibinong.

However, according to a research assistant at Eijkman quoted by Tempo, it cannot be done suddenly. The reason is that many factors are considered, ranging from the suitability of the major to family considerations.

Meanwhile, researchers at BPPT who are civil servants said that moving to BRIN was demotivating for him. This is because the workflow at BPPT is felt to be qualified and in accordance with his research career.

The plan to merge research institutions has been criticized for some time. Professor of the State Islamic University (UIN) Syarif Hidayatullah Jakarta, Azyumardi Azra, for example. According to him, the merger is a disaster for research in Indonesia.

“The disbandment is a disaster for research in Indonesia. I do not see that BRIN will quickly take off, because the consolidation of this organization is not easy. Within 2 years, I am not optimistic that it can be resolved," said Azyumardi in a webinar organized by the Nusantara Dialogue Forum with the theme, "The Future of Indonesia's Research and Innovation Ecosystem," Tuesday, June 15, 2021.

Azyumardi explained that the problem of the research ecosystem is not in the institution, but because of the lack of government attention, especially the budget for these research institutions. "In my opinion, if we have not been able to do great and innovative research that produces great innovations, it is not the wrong institution. What is wrong is because the budget is still limited, only 0.5 percent of our GDP. That's one of them."

Azyumardi said that there are actually quite a lot of resources, it's just that we don't maximize them. He has also appealed to BRIN not to merge or dissolve four major research institutions. And the main thing is that it is mandatory to play coordination and synchronization can be done.

"If possible, BRIN must increase the budget, for example by lobbying the Ministry of Finance and the President better. For example, to increase our research budget. Otherwise it will be difficult. Our research and innovation ecosystem will be increasingly difficult."

One of the proofs of the stagnant research climate in Indonesia can be seen from the lack of patents owned. Data from the World Intellectual Property Organization (WIPO) for 2019 shows that Indonesia has 10,514 patents. The number is like heaven and earth when compared to the United States which has 496,959 patents as the owner of the most patents in the world. Followed by China with 452,804 patents.

Learn from Japan and Australia

Indonesia can learn from developed countries that have succeeded in creating a research ecosystem. Japan for example.

A researcher at the RIKEN Center for Emergent Matter Science (CEMS) Japan, Satria Zulkarnaen Bisri explained, Japan has started preparing its human resources as early as possible. It can be seen from the making of futuristic technology-themed animations such as Gundam, Doraemon, Astroboy, which are often watched by children.

"The environment in Japan is attempted to stimulate how to imagine everything. Because 50 percent of what will happen in the next 50 years is something that was not imagined before. So, the world really needs a dreamer," said Satria as quoted by Kompas.

Satria said, imagination in animation ultimately inspired the direction of Japanese research. Not only that, Japan also embodies the direction of its research in the form of a real and measurable road map.

Meanwhile, Satria also emphasized the importance of conducting basic research and building a large research infrastructure to drive the economy. Besides being able to build human resources, this will also increase the acquisition and readiness of science and technology.

Apart from Japan, Indonesia can also learn from Australia to develop a research ecosystem. A lecturer at Macquarie University, Australia, Salut Muhidin, stated that research in Australia is institutionally carried out by the government and non-government. Australia has a number of bodies focused on developing health research and its application in industry.

"Non-governmental organizations are also allowed to develop research, such as the business sector, foundations, community organizations, and foreign institutions. This funding source reaches 500 billion Australian dollars and is distributed in the form of grants sourced from the central or local government to philanthropic foundations," said Salut .

*Read other information about RESEARCH read another interesting article from Ramdan Febrian Arifin. 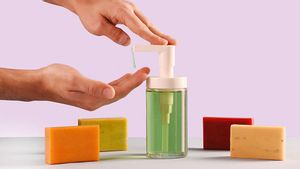