JAKARTA - The Center for Drug and Food Control (BBPOM) Palembang City, South Sumatra stated that the area is free from the circulation of food containing formaldehyde or chemicals that are harmful to health.

"Based on the test results of food samples circulating in traditional markets, supermarkets, and a number of food sales places in this city, no more food in circulation containing formalin and chemicals that are harmful to health," said Head of BBPOM Palembang Martin Suhendri in Palembang, as quoted by Antara, Tuesday, October 26.

According to him, to ensure food safety for the community, his party continues to carry out surveillance with the Palembang City Government officials by conducting sudden inspections to take samples of food circulating in the market.

Several months ago, during surprise inspections, it was often found that food products, such as tofu, wet noodles, and ground fish, the raw material for pempek, contained the preservative formaldehyde, which could endanger health if consumed by the public.

With the incessant supervision, food sample tests conducted in recent weeks have shown very good results, now there are no more circulating foods containing formalin and other chemicals that can endanger public health.

Previously, Deputy Mayor of Palembang, Fitrianti Agustinda, said that her party was collaborating with local BPOM officials to carry out surprise inspections at traditional and modern markets to prevent the circulation of food products containing hazardous chemicals and unfit for consumption.

"Sudden inspections need to be carried out randomly to ensure that food products circulating in the market are safe or suitable for public consumption," he said.

Sudden inspection activities in traditional and modern markets carried out with the BPOM Palembang Balai team will continue to be carried out to close the gap in the circulation of food ingredients that are sold or produced using chemicals that are harmful to health, such as borax and formalin.

"If a food product is found to contain hazardous chemicals, it is immediately confiscated so that it is not consumed by the residents of this city and the traders are given a stern warning not to sell similar goods anymore," he said. Not Only Good At Guarding Borders, The Indonesian Pamtas Task Force-PNG Infantry Battalion 123/Rajawali Is Able To Become A Teacher In The Sota District Of Papua Conquering Dazzling Ice Runway, Airbus A340 Lands For The First Time In Antarctica 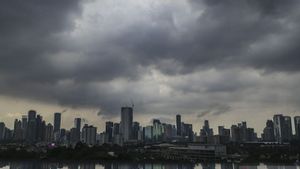