JAKARTA - Telematics expert KRMT Roy Suryo confirmed the press release circulated by lawyer Pitra Romadoni which stated that on Monday 20 September his party would report EK and MP for the defamation case.

"At the Crimean Building of the Metro Jaya Police with the agenda: Carrying out an Investigation Report (BAP)," reads a press release sent by Pitra, Saturday, September 18.

Roy Suryo will be accompanied by his legal advisor in coordinating police reports against EK and MP. Later, it was also reported that there were initials of a new name that would also be policed, namely FH.

"I've been confirmed a lot "Is this release true?" Yes, it's 1000% true. That the case with Lucky Alamsyah has indeed been completed and in fact, there is an update of new evidence for EK, MP & even tomorrow there will be a new reported, FH. So it's clear, there is no "Peace" with them, these Rp Buzzers. AMBYAR," he tweeted yesterday.

Previously, last May, the former Minister of Youth and Sports (Menpora) had already policed soap opera actor Lucky Alamsyah for the alleged defamation case. However, this case later ended peacefully. And now through the circulating release, Roy Suryo has resumed his investigation regarding the new reported person, FH. 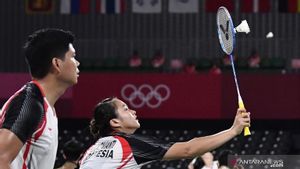