"I represent the West Kalimantan Provincial Government to convey my deepest condolences, I hope that all the deceased victims of the Sriwijaya Air SJ-182 accident will be placed in the best position in the side of Almighty God according to their respective beliefs," said Sutarmidji while giving a speech at Sungai Raya.

He added, rest assured that the victims, in this case, die in a state of martyrdom and are placed in the best position in the sight of Allah SWT (according to Islamic belief).

The six bodies who arrived today, namely from Pontianak City which are a family of five, namely Toni Ismail, Athar Rizki Riawan, Ratih Windania, Yumna Fanisyatuhzahra, and one from Mempawah Regency on behalf of Muhammad Nur Kholifatil Amin.

On that occasion, Sutarmidji conveyed to the Sriwijaya Air airline in any management, including compensation, to deal directly with the victim's heirs, not to other people or to 'brokers'.

"This is to prevent other parties from taking advantage or seeking profit on the suffering of others. And of course we are also guarding this to prevent unwanted things," he said.

Previously, the Sriwijaya Air aircraft PK-CLC SJ registration number 182 for the Jakarta-Pontianak route lost contact on Saturday, January 9 at 14:40 WIB and crashed in the waters of the Thousand Islands, Jakarta, which is between Lancang Island and Laki Island.

The Boeing 737-500 aircraft lost contact at a position 11 nautical miles north of Soekarno-Hatta International Airport, Tangerang, after passing an altitude of 11,000 feet and at the time increasing its altitude to 13,000 feet.

The plane took off from Soekarno Hatta Airport at 14.36 WIB. The schedule is delayed from the previous flight schedule at 13.35 WIB. Departure delays due to weather factors.

Based on flight manifest data, the aircraft produced in 1994 carried 62 people consisting of 50 passengers and 12 crew members. Of these, 40 adults, seven children, three babies, while the 12 crew consists of six active crew and six extra crews. DPRD Confirms That The Director Of DKI BUMD Is A Suspect In Corruption Related To The Purchase Of Land For A DP House Of Rp. 0 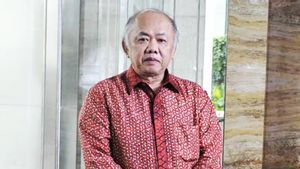 Suffering 6 Consecutive Defeats At Anfield, Klopp: Liverpool Mentality Is Not Like Last Season