TEMANGGUNG - The Food, Agriculture and Fisheries Security Service (DKP3) of the Temanggung Regency Government deployed 222 officers to monitor the slaughter of sacrificial animals on Eid al-Adha 1443 Hijriyah. self-help initiators, veterinary doctors, veterinary paramedics, agricultural extension workers, agricultural extension coordinators, and veterinarians. "They are located in 20 sub-districts in Temanggung, but in special slaughtering places such as the Muhammadiyah Building and MTA we have another team. ," he said, quoted by Antara. Joko conveyed that in general the officers will carry out inspections of the sacrificial animals before and after the slaughter, preceded by data collection and finally by reports. sacrificial animals during this PMK outbreak "He said. He conveyed that DKP3 Temanggung had previously invited representatives from 20 sub-districts to reaffirm the procedures for slaughtering in accordance with the provisions.

Joko said that his party had conducted training for halal slaughterers (juleha) by inviting 30 people. "Through this activity, it is hoped that the slaughter of sacrificial animals is in accordance with the provisions so that sharia is sufficient apart from the health side," he said. In the middle of an epidemic of foot and mouth disease (PMK), because it is not transmitted to humans. Based on the MUI fatwa, he said, even though animals are infected with FMD with certain categories and mild clinical symptoms, it is still legal for sacrifice. If someone has difficulty finding sacrificial animals, please communicate with us, we will show you the place," he said. Capital Of Machetes And Masks, Factory Security Guards Are Desperate To Rob A Cellphone Shop, Stolen Rp100 Million In Cash Perpetrators Of Harassment Who Blow Cigarettes On Students In Surabaya Arrested 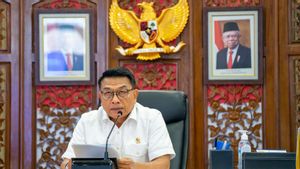