JAKARTA - The Commander of the Strategic Missile Forces, Colonel-General Sergey Karakayev, said the second regiment of intercontinental ballistic missiles (ICBM) equipped with the Avangard hypersonic glide vehicle will take up combat positions in Russia, on the sidelines of the live broadcast of the Military Output Reception program on Zvezda TV.

"Today a complete regiment is on duty and a second regiment is on standby. This is a present-day reality. Incidentally, from the point of view of the impact of anti-ballistic missile defense on this weapon, there is no capability to counter it. They can't even imagine how they can fight these weapons today", said the commander, quoted from TASS on June 6.

Earlier, Russian Defense Minister Sergey Shoigu said on the day of receipt of the single military output last January, the first regiment had been fully rearmed with intercontinental ballistic missiles with the Avangard boost-glide vehicle.

It is known that the Avangard boost-glide vehicle is capable of flying at hypersonic speeds of up to Mach 27 (about 32,000 km/h) in dense layers of the atmosphere, maneuvering with its flight path and altitude and penetrating anti-missile defenses. Avangard was first mentioned by Russian President Vladimir Putin in March 2018. 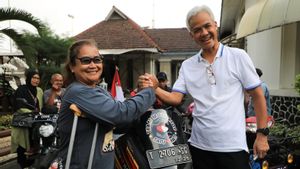