JAKARTA - The Azovstal region, a large Soviet-made metal and steel factory in the Sea of Azov coastal city of Mariupol, was completely liberated from Ukrainian Army troops, neo-Nazi battalion fighters and foreign mercenaries at the end of last week. Meanwhile, his remaining defenders surrendered to Russian and Donbas militia forces.

"The crime will not go unpunished. The leadership of the Donetsk People's Republic (DPR) is planning to set up an international tribunal on the territory of the republic to try the nationalists from Azovstal. The charter is currently being worked out. We welcome this initiative," Zakharova said at a briefing Wednesday, cited from Sputnik News, May 25.

On Tuesday, House Speaker Denis Pushilin said the main task of the Donetsk tribunal is to be held with maximum publicity, to be as transparent as possible. It is imperative that as many people as possible are made aware of the unacceptable neo-Nazi war crimes."

Pushilin pointed out court charters were being drawn up by relevant government departments, including the DPR prosecutor's office, and that Russian officials were providing assistance in this matter.

The Russian military announced last Friday that the Azovstal region had been completely liberated, and that some 2.439 fighters from the Ukrainian Army and the Azov Neo-Nazi Regiment surrendered over the previous four days, on top of hundreds more who laid down their weapons in the previous day and week.

Thousands of fighters, including crack troops from Ukraine's elite 35th Marine Brigade, Azov Regiment and foreign mercenaries, were trapped in Mariupol in early March when Russian and DPR forces surrounded the city in a double attack from the east and southwest.

In late April, after weeks of fierce house-to-house fighting that left most of the city in ruins, Ukrainian troops withdrew to Azovstal, an 11 sq km steel complex, where neo-Nazi commanders pledged to make a dramatic final defense.

The authorities of the Donetsk and Lugansk People's Republics and their Russian counterparts have recorded alleged war crimes by the Ukrainian military and neo-Nazi militias.

Not only since the start of Russia's military operations earlier this year, but back to early 2014, when Ukraine began an 'anti-terrorist operation' against the Donbas, following the February 2014 Western-backed coup in Kiev.

Allegations of war crimes include everything from the intentional shooting of civilian areas, to undisclosed prison operations in which Donbass civilians and militia fighters are systematically abused and tortured. 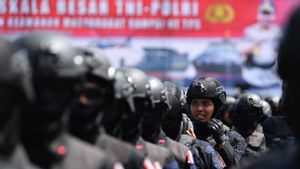