"We continue to invite the public to maintain and preserve Gayo culture so that it will not be eroded by the times, especially the current digitalization era," said Shabela Abubakar in Central Aceh, as reported by Antara, Tuesday, May 24.

This statement was made by Shabela Abubakar after opening the Gayo Cultural Festival. The festival, which was held for a week, was centered at the Gayo State Museum Complex, Takengon, Central Aceh Regency.

The regent said that the Gayo Cultural Festival was held not only as a medium for understanding Gayo art and culture or just participating in competitions.

However, said Shabela Abubakar, to be able to raise public awareness in preserving Gayo cultural arts so as not to be eroded by the times.

"We also want Gayo art and culture not only to be enjoyed by local people, but also people who visit Central Aceh, as well as to increase the selling value of Gayo highland tourism," said Shabela Abubakar.

Meanwhile, Head of Central Aceh Education and Culture Office Uswatuddin said the festival was a local cultural activity that was held for the first time in the area with the aim of preserving culture.

"The Gayo Cultural Festival is intended as a medium for preserving and developing innovation as well as cultural creativity, art, and the wisdom of the Gayo Tribe," said Uswatuddin.

"As well as Gayo traditional clothing competitions, temporary exhibitions, and traditional game attractions of the past. We invite the public to make the Gayo Cultural Festival a success," said Uswatuddin. 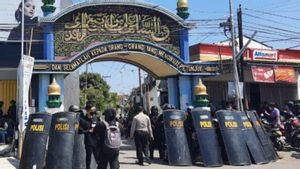