SEMARANG REGENCY - Remember the Temanggung PDIP cadre, Fajar Nugroho, who returned all aid from the Governor of Central Java Ganjar Pranowo to the Mungseng Village Office? During the return process, there was a PDIP cadre who also made a video and prepared to accommodate the aid that Fajar returned, and it finally materialized.

Supali (54) never expected that his idol who is also the Governor of Central Java, Ganjar Pranowo, would come to his house, Wednesday 26 January. He did not expect the video asking for help to Ganjar would be responded to quickly and immediately granted.

Supali is a PDIP cadre in the village of Bergas Kidul, Semarang Regency. When the video of the return of aid by Fajar, a Temanggung PDIP cadre, went viral, Supali immediately sent a video to Ganjar that he was ready to accept the aid he returned.

Today that request was granted. Ganjar came with food aid to Supali's house. Ganjar is also ready to help renovate the house he shares with his mother to make it more livable.

"Are you healthy, sir? Who else lives with you here?," asked Ganjar to Supali.

Supali said he lived with his elderly mother. He apologized to Ganjar for sending a video asking for help. He also apologized for the condition of his house like that.

"Sorry sir, my house is like this," said Supali.

Supali's house is far from worthy. The house had clapboard walls with a perforated roof. The kitchen and beds are also far from decent.

Apart from Supali, there was another PDIP cadre who was assisted by Ganjar. He is Aris, a PDIP cadre who broke his leg in an accident. Everyday, Aris uses prosthetic legs and has not been replaced since 15 years ago.

"Where did you make this, bro? Solo? I'll go to Solo later, ask for a new one. I'll help you later," said Ganjar to Aris.

Ganjar said he deliberately went around to the homes of PDIP cadres to provide assistance. This was done as a sign of love in commemoration of the birthday of PDIP.

"It's still January, still the birth month of PDIP. So, I often get input from friends about the condition of the cadre's house that is not proper. Today we met a cadre named Mas Supali, he lives with his mother in this house," he said.

The house, Ganjar continued, was not suitable for occupancy. For this reason, he wants to help Supali and his mother be more comfortable living here.

"Earlier there was also a head of the branch where his leg was in an accident, so he needed a new prosthetic leg. The cadre friends said that it had been 15 years since the prosthetic leg had not been replaced, so I helped," he added.

In the context of PDIP's anniversary, Ganjar continued, he was really concerned about helping PDIP cadres in need. Not only that, but the general public is also still paying attention to the uninhabitable house rehabilitation program (RTLH).

"I said earlier to the village head, sub-district head so that the general public, please suggest it. There are good RTLH programs sourced from the provincial, district/city governments, even from the Baznas CSR. We'll finish everything later," he concluded.

Meanwhile, Supali said he was desperate to send a video to Ganjar because he saw other cadres who refused. He who felt the need ventured to ask Ganjar for help.

"Yes, my house is just like this, then yesterday there was help from Mr. Ganjar, it was rejected. Instead of being rejected, it's better for me, I still need it," he said.

Supali did not expect Ganjar to immediately respond to the video. He came to his house and helped with groceries as well as repairing his house.

"I'm happy, tomorrow my house will be livable. I hope, fellow party administrators, let's build solidarity and togetherness to help others like Mr. Ganjar," concluded the casual laborer who has been a PDIP cadre since 2012.

Not only that, but Ganjar also gave gifts to Ganjar's children in the form of toys and cellphones. Ganjar also offered to provide business assistance for workshop equipment and motorcycle washing equipment to Fajar. At that time, Fajar and his family were very happy and happy to receive help from Ganjar.

However, on Wednesday, January 12, Fajar caused a stir because he intended to return all the assistance that Ganjar had given him. In fact, the polemic escalated when the chairman of the Solo PDIP DPC, FX Hadi Rudyatmo said that Fajar's return of aid was because Fajar was pressured by a number of PDIP Temanggung DPC administrators on orders from the Central Java PDIP DPD. 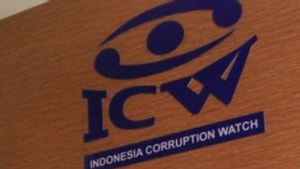 Minister Of Agriculture Syahrul: Diseases Of The Mouth And Nails Of Animals Are Not Contagious To Humans, But.... So Excited To Meet Vietnam In The 2021 SEA Games Final, Marc Klok: They Have Impressive Technique PMK Outbreak, Needs For Sacrificial Animals In Mataram Will Be Absorbed From Local Farmers Good News For Barito Pacific Shareholders! The Company Owned By The Prajogo Pangestu Conglomerate Is Ready To Pay A Dividend Of 20 Million US Dollars