JAKARTA - The DKI Jakarta DPRD has decided to provide a grant to the Betawi Community Consultative Body (Bamus Betawi) led by Abraham Lunggana or familiarly called Lulung in the amount of Rp. 3 billion.

This was decided in the 2022 DKI APBD Draft. Meanwhile, the grant to the 1982 Betawi Tribe Bamus for the Zainuddin or Oding camp amounted to IDR 1.2 billion. Thus, the granting of these grants will not be divided equally.

Previously, in the deepening of the discussion of the General Budget Policy and the Provisional Budget Ceiling Priority (KUA-PPAS) of the 2022 APBD, Commission A of the DKI DPRD proposed that the distribution of grant funds between the two Bamus Betawi which was divided equally with each receiving Rp2.1 billion.

However, there was a dynamic between members of the DKI DPRD in the Budget Board meeting. Thus, Banggar DPRD decided to return the nominal grant funds from those submitted before the KUA-PPAS deepening.

Even though the grant budget is uneven, Gembong still insists on ending Bamus Betawi's dualism. He asked the DKI Provincial Government through the National and Political Unity Agency (Kesbangpol) to unite these two Betawi mass organizations.

Because, both of them have an important role in preserving Betawi culture.

"The DKI Provincial Government must position itself as a foster parent who unites all elements of the cultural organization," he added. 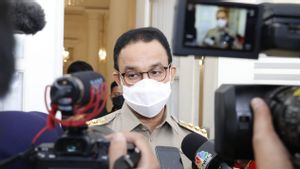